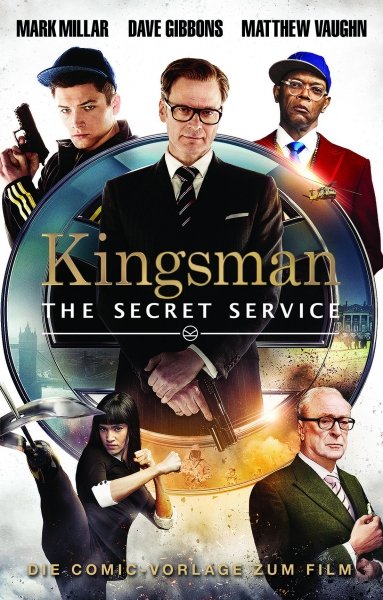 Kingsman: The Secret Service is a 2014 action spy comedy film directed and co-produced by Matthew Vaughn. The screenplay was written by Vaughn and Jane Goldman, based on the comic book series Kingsman, created by Dave Gibbons and Mark Millar. It follows the recruitment and training of Gary “Eggsy” Unwin (Taron Egerton), into a secret spy organisation. Eggsy joins a mission to tackle a global threat from Richmond Valentine (Samuel L. Jackson), a wealthy megalomaniac. The film also stars Colin Firth, Mark Strong, and Michael Caine.

Kingsman: The Secret Service premiered at the Butt-Numb-A-Thon festival on 13 December 2014, and was theatrically released in the United Kingdom on 29 January 2015 and United States on 13 February 2015. The film received generally positive reviews from critics who highly praised the stylized action sequences, the acting performances, villain, score, and its black humor, though some of the violent and sexual scenes were criticized for being too over-the-top. The film grossed over $414 million worldwide, becoming Vaughn’s most commercially successful film to date. In 2015, it won the Empire Award for Best British Film.